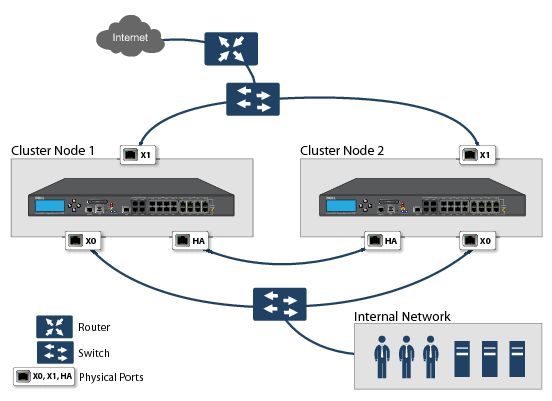 When setting up a server infrastructure, there are several options available to deploy a fault tolerant design that can sustain a node failure or multiple node failures. Many system administrators use an Active/Active clustering model since it eliminates downtime experienced by customers in the event of a node failure. Is Active/Active clustering right for your infrastructure? This guide is designed to help you learn more about this topology and its benefits.

What is Active/Active Clustering?

Also known as Dual Active Clustering, Active/Active clustering means that independent nodes in a networked server cluster have access to their own replicated database server. Essentially, multiple copies of the same application have their own server environment for the purpose of load balancing and redundant backup, which keep applications running at peak performance.

Since the databases are replicated, it mimics having only one instance of the application, allowing data to stay in sync. This scheme is called Continuous Availability because more servers are waiting to receive client connections to replicate the primary environment if a failover occurs. A failover is when a primary component or node fails and then switches the function of the failing primary component to a secondary system seamlessly as a backup failsafe mechanism.

The advantages of an Active/Active Clustering architecture are numerous. Organizations with little to no tolerance for service interruptions can rely on the resiliency and redundancy of critical components throughout this architecture. The capability to load balance and provide high transactional capability are additional benefits of this design.

In Active/Active Clustering, a set of companion nodes, a primary and a secondary, function in a relationship with their database. If the primary node fails, then the secondary picks up where it left off, and there are no outages. It handles the traffic until the primary node comes back online and resumes its responsibilities from the secondary node, in a procedure called a failback. Any unissued transactions are held and then resubmitted to the currently active server node during failover and failback so that no duplication occurs and the data is cleanly maintained.

The success of any clustered approach is based on the concept of a Quorum. The quorum model ensures that whenever the cluster is running, enough members of the distributed system are operational and communicative, and at least one replica of current state can be guaranteed. The nodes communicate over a private network periodically notifying their companion nodes of system health status. When nodes are in a known good state they cast their vote based on specific algorithms. As a cluster grows in node count or a stretch cluster is implemented, the quorum becomes essential in safe guarding against a split scenario.

There are four quorum modes:

Active/Passive is called a “high availability” solution. The downtime is very minuscule, but there is still a little time between when the first node fails and the secondary node picks up the traffic.